Casiguran is famous for its Holy Week celebration which begins on Palm Sunday. Tourists and locals of Aurora visit and pray in the chapel of Nuestra Senora dela Ermita situated on top of a hill in the heart of the town. Casiguran is also known for its Penitensya (Penitence). Men and women dressed in skirts made out of dried banana leaves offer their sacrifice to the Lord in exchange of something they wished that was granted. Penitensya and devotees are seen on Holy Thursday until the Paglilibing on Good Friday.

Every 13th of June, a religious procession starts from the church and goes around the Poblacion, eventually returning to the church. The Festivity is isually accompanied by dancing and other activities at the Agricula Multi-purpose Hall. As with most fiestas there is a lot of marry-making and handaan for feasts where households prepare food to be shared with their town mates or visitors. Many Casiguranin who are now residing in Manilaor elsewhere come to visit Casiguran during this time of year.

Every 13th of June, same day as the town fiesta, Casiguran celebrates it’s Foundation Day. This is in commemoration of the time that the town was officially established by the Franciscan friars that first set foot in Casiguran to evangelize the Agta of the Sierra Madre mountain. The celebration actually last for a week because several activities, including street parades, Bb. Casiguran, and an agricultural fair are held. The latter highlights the local produce and products of the Agta, the farmers, the fisher folks, the craftsmen and business of Casiguran. During the street parade, the church, the schools, the local government and other organizations, including Knights of Columbus participate.

Casiguranins are well-known for their devotion to the Nuestra Senora dela Ermita and one of its proofs is the celebration of Mama Mary’s birthday. The highlight of this event is the procession of the image of the Virgin Mary around the town attended by locals and tourists. 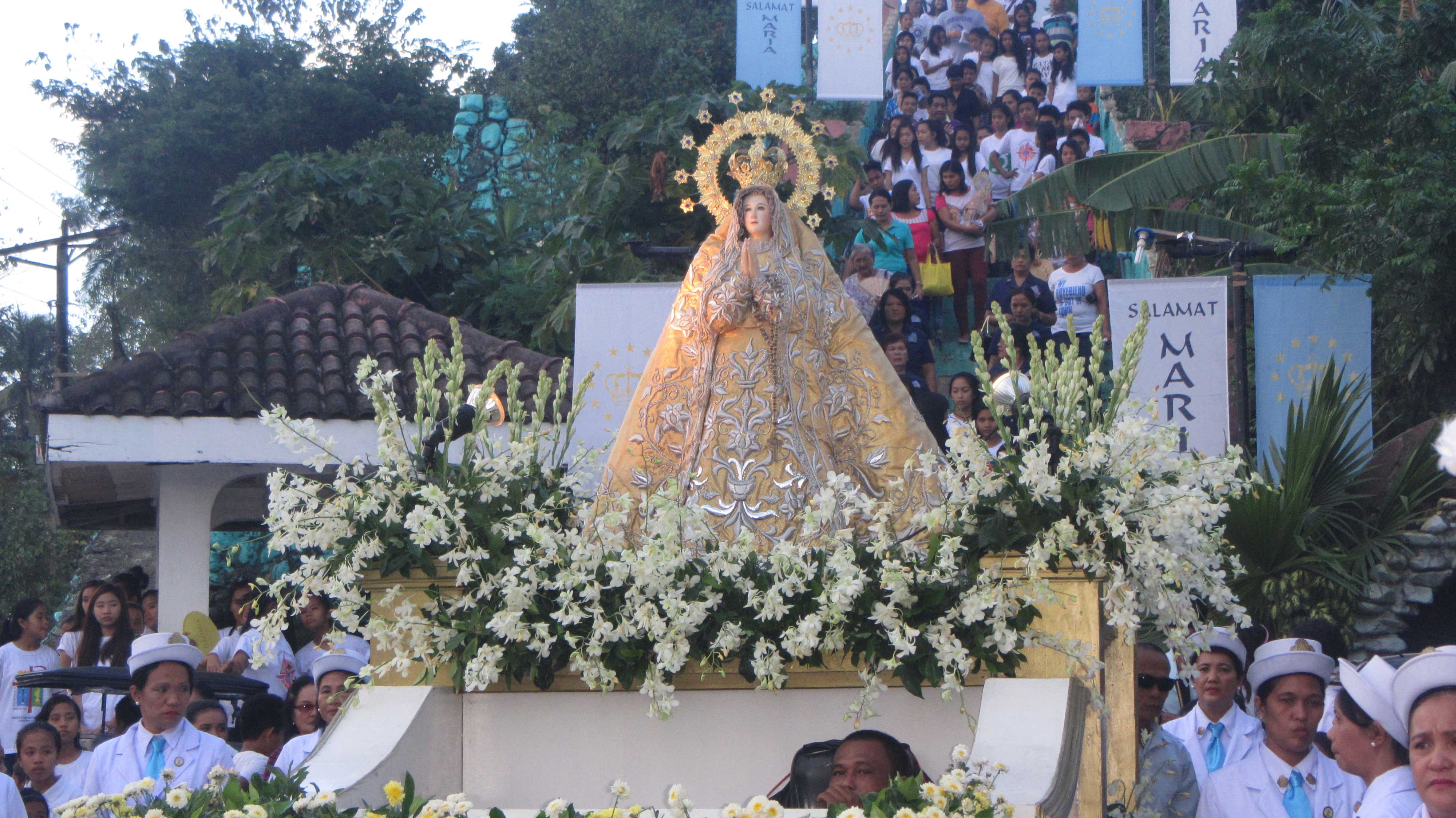 Turumba may be considered a fertility festival that ties to both religion and harvest. According to Mrs. Barrera, a local historian, the Turumba is a supplication for crops fertility to yield a good harvest and for infertile couples to have children. During the Feast of the Immaculate Conception, all townsfolk would go out to attend mass followed by a gathering at the plaza for procession. The men would dress in vestida or women’s clothing during procession and everytime the townsfolk would arrive at a street corner everyonewill jump and shout “La Purisima!” Over the years, variations have limited the procession to just the men and children and included a water “blessing” where onlookers would douse the men and children in procession  with water. The Turumba is a joyous occation that the residents look forward to it every December 7. This tradition may have evolved from the Turumba Festival celebrated in Pakil, Laguna and the Tromba Festival in Baras, Rizal in honor of the Nuestra Señora de (los Dolores de) Turumba.